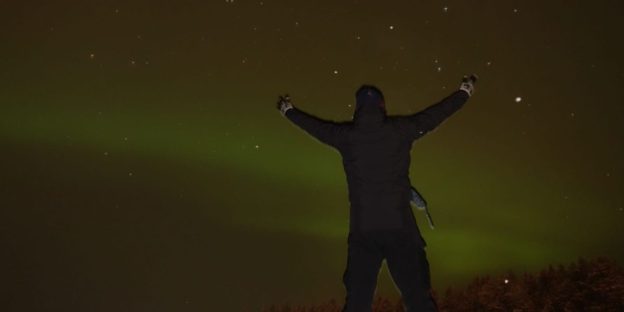 “Seeing northern lights or Aurora” should easily be found in the bucket list of many people.

During the winter season, I worked for a travel agency in Rovaniemi, known as the gateway city to Arctic circle as well as the city where you can meet official Santa Claus!

One of the most popular activities there is northern light hunting since it is located in the regions of Aurora Belt. There are some other places suitable for seeing northern lights such as Tromso (Norway) and Iceland, but here I would like to share some tips and facts to see them through my work experience.

In general there are 4 conditions to see northern lights as below.
1. Aurora activity
2. Clear sky
3. No light pollution
4. Luck

I will give you following explanations based on these 4 conditions.

Most tourists visit Rovaniemi from December to February, but I would say these months are not the best time for Aurora hunting because of super cold temperature and bad depressing weather.

It means that many days in December, January and  February don’t meet the condition 2 “Clear sky.”

In comparison, autumn season (September & October) and spring season (March & April) have more days with clear sky and higher temperature. Thus, you are more likely to see northern lights in these times statistically.

Do you also want to try winter activities while staying in Rovaniemi?

You can meet Santa Claus though a year and you can try most of the popular activities like husky sleigh, reindeer sleigh, and snowmobile in March and early April.

Also, it is much less crowded in autumn and spring compared to winter time!

There are many safari companies which offer aurora hunting tour in Rovaniemi.

The condition 3 “No light pollution” can be offered by those tours since they usually take you to the deep forest near one of the lakes.

Conversely, If you have a car or know local people who can tell you the good spots, you don’t necessarily need to join the tours which would cost over 100 euros. You can also ask information center about the good locations.

Northern light is like a temperamental artist.
It is essential to get information about the condition 1 “Aurora activity” and the condition 2 “Clear sky” beforehand.

Therefore, you need to check aurora activity forecast and weather forecast.  You can easily find those info by googling or asking local safari companies.

However, those forecasts change all the time, so if you want to book the aurora hunting tour,  I recommend you to book it after arriving in Rovaniemi and checking the forecasts, rather than making a reservation before coming to Finland. Then, you can lower the risk of choosing wrong dates.

I have seen many tourists who joined aurora tours on snowy & cloudy days and ended up seeing nothing…which was really sad.

-Understand that northern light is a natural phenomenon

The condition 4 “Luck” is also very important.
Since aurora doesn’t dance up in the sky all the time and the forecasts don’t tell you the exact time, so you have to be at the right time at the right place.

Tourists who join expensive tours might not see anything, while people driving some random places are fortuitously able to see them.

Some tourists who didn’t get to see northern lights actually ask refund after the tour, but it is a mysterious natural phenomenon. Nobody can show them by pushing a button.

And one more thing!
Even in Rovaniemi, you can see strong auroras like the ones you see on TV or travel magazines only a couple times in a moth (or even a year).

For that reason, those safari tours featuring northern lights are named “Aurora Hunting Tour,” not Aurora Watching Tour because nobody can guarantee.

Watching aurora is the yearning experience for many people due to the fact that it can’t be easily seen, but if you are lucky enough, you will get to see magnificent green, pink or red lights dancing in the sky.

I hope you get to see that great natural phenomenon someday in your life!

One thought on “Tips to see amazing Aurora (northern lights)”