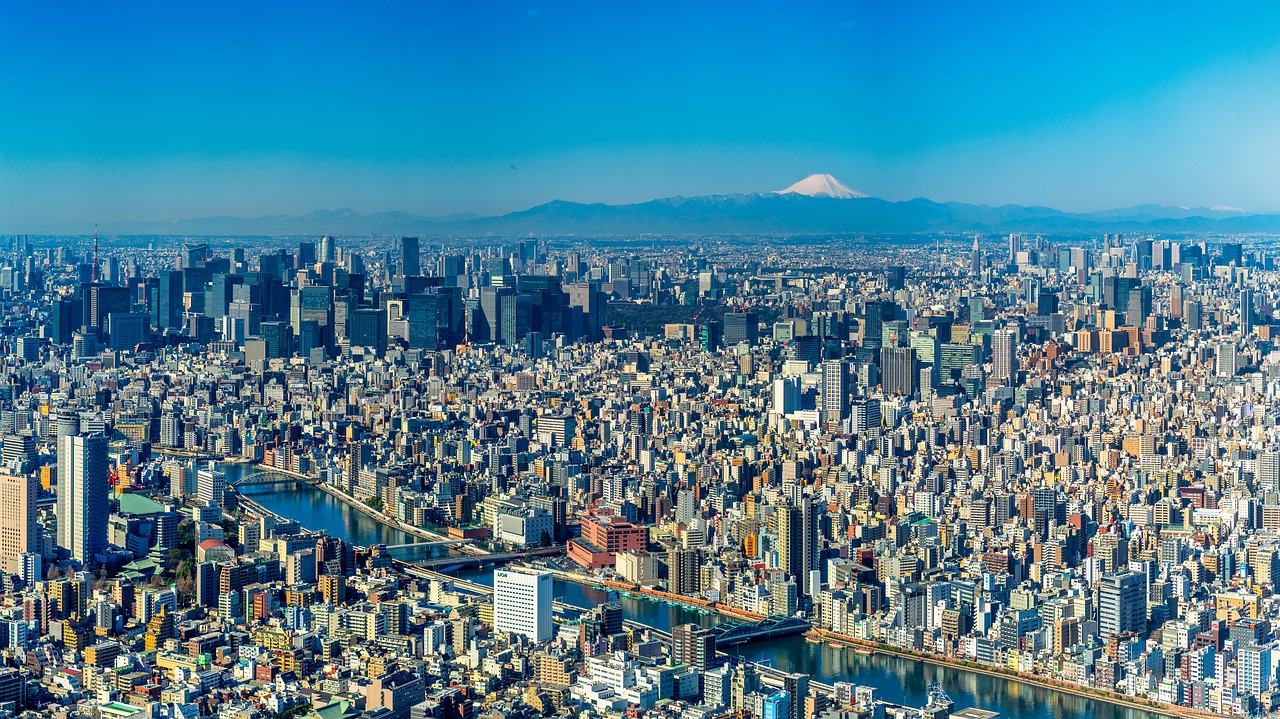 ‘I decided to move to Finland. So I’ll quit a job here.’

It was a summer of 2016. One late afternoon, I was in a small meeting room with my former direct boss.

I will never forget the facial expression of surprise that my boss made when I told that I’ll quit a job at the global company based in Japan. I worked for the company for 3 and a half years as a B2B sales rep.

Even though I didn’t like the typical Japanese company culture, such as strong hierarchy, organisational bureaucracy, long working hours, and the “peer-pressure” for drinking after work, I still enjoyed working there.

Also, that workplace provided me a variety of cool opportunities, including business trips abroad and sessions with a big shot in the industry, and the experience there equipped me with basic professionals skills.

However, I definitely wanted to quit that job for my new challenge in Finland.

*You can also check why I moved to Finland from my previous post.

My pathway to get into business school in Finland

My former direct boss (Group leader : Boss No.1) was a smart, good-hearted person but he was never able to expect that his subordinate (me) resigns for master’s degree abroad.

It was a big traditional Japanese company, where many of the employees usually work for a long years. Of course some people quit jobs there every month for career change or sometimes for health issues, but most people just didn’t have nor understand the idea of quitting jobs to go back to school.

As I didn’t want to make things complicated, I decided to have “the talk” with him in a simple, polite, respectful, straightforward way without saying anything extra.

‘I decided to move to Finland. So I’ll quit a job here.’

‘Actually, I have had this idea for a couple years. And luckily I got accepted from some schools in Finland. I like this job and don’t have any complaints, but this has been something I have really wanted to challenge, so I’ll resign during summer.’

He was astonished in the beginning but later very calm. He then asked me some other questions, including the basic one like ‘where is Finland…?’

I answered them all, and his next word was something I knew he would tell me.

“Yoshikawa (*My family name), I understand. But think about it again.”

“I know you are. But still reconsider it and tell me your answer next week again.”

I realised that this would be a long process that requires patience. My negotiations with bosses was just started.

One week after the talk with him, we were in a same meeting room as the last time.

Without any small talks, I told him calmly that I’m still going to resign.

He was somewhat an understanding boss. It seemed like he gave up on persuading me, and then he said that he will report it to his boss, who was my big boss.

Just for information, here is the organisational structure of that time. Not really a flat organisation as you can see.

After a couple days, I had a meeting with my big boss, who was a sales manager (Boss No.2). He knew the background already and made a suggestion to me like this.

‘What if we assign you to one of our overseas positions, if you want to work abroad?’

I told him my appreciation for trying to have me in their organization with the cool offer, but I told him that I want to do my master’s degree in Finland, not like working wherever abroad.

Then he asked me this simple question.

‘Are you fully determined?’

He was a bit mad at me saying that my decision is a bit selfish. I almost told him that I’m not living for the company and THIS IS MY CAREER AND LIFE, NOT HIS, but I chose not to argue with him.

Finally, He said that he understood my strong will and hence he will report to his boss, who was a sales director (Boss No.3).

In the beginning of the next week, my direct boss (Boss No.1) told me that I need to meet the sales director (Boss No.3) on Tuesday at 5pm.

Since he had many subordinates in the big hierarchical organization, he didn’t schedule the meeting with me directly but did through my direct boss, which was quite an usual way there.

Next day, I met him in a small meeting room. I started the conversation by expressing my appreciation to him for taking time for me. He calmly said that it’s ok and then continued.

‘I heard that you are thinking of resigning. But I ask you to rethink.’

‘Even if I think about it again, it NEVER changes. I’m fully determined.’

‘Seems like you are, but here I still ask you to reconsider your decision. Let’s talk next week again.’

You might wonder that how come they just don’t let me resign when I’m fully determined. In my opinion, it’s something to do with the typical Japanese graduate recruitment system and the human resource development policy.

In Japan, almost all companies hire new graduates before they graduate in March so that they can all start in the beginning of April. Some big companies hire hundreds or even thousands of new graduates every year and put much time and money into education of those young recent graduates who don’t have work experience.

In other words, companies usually don’t expect new graduates to have professions and work experience. They rather try to equip them with the basics and skills required for the jobs.

For those reasons, I suppose that my previous workplace also tried to keep me as they had invested me quite a lot based on the longterm career plan.

Anyway, at that point, I knew that this negotiation process is coming to an end.

After one week, I had the second talk with him. That was actually a quite short talk. He looked at my eyes and started the conversation.

’So…did you think about it again?’

‘Yes I did, but nothing has changed.’

He nodded and told me that he knew they can’t change my mind and he will report to the Head of Sales (Boss No.4) who was feared by most of his subordinates.

Also, he told me to fill in the resignation paper so that he can report to Human Resources department as well.

I apologised to him for troubling him with my matter before leaving the meeting room.

A couple more days after the meeting, my direct boss showed me the resignation paper with approval stamps from the Head of Sales (Boss No.4) and the Head of Human Resources.

Seems like I was then officially able to resign. My work days remained still 2-3 more weeks and one thing I realized during this period was that a rumour spread fast in various forms.

When I was visiting other departments for meeting or just hanging around, many people came talk to me. Here are some examples…

“Yoshikawa-san, I’ve heard that you are going to grad school in Sweden!”

“Yoshikawa-kun, is it true that you are moving to Norway?”

“Someone told me that you will work in …Philippines?”

Of course many people knew the correct info, which is Finland, but some people mixed it up with other Nordic countries or some other one that sounds like Finland.

I corrected those wrong rumours at least 5 times during the time.

Reactions from my colleagues were varied.

While my close workmates congratulated me for my decision, some people were skeptical about it.

One question I got the most from them was what kind of job I would be able to get with master’s degree from the business school in Finland.

Apparently I had a different way of thing from them as I had no idea why I would need to know a “clear” career path already before going to Finland.

Even if you do, it will probably be shaped by contingencies or people you meet during the new chapter of your life. That’s why I rather enjoy opening up new possibilities/new career path based on my intuition and new experience.

I learned one lesson from this experience. When someone is determined and up for a new challenge, it’s way more cheering to encourage that person rather than doubting the resolve.

At least I want to be the kind of person who can do so.

All of the evenings of my last week at the company were fully booked with dinner plans with colleagues and close clients.

People in different teams and even some clients kindly arranged send-off parties for me. Some people even gave me some gifts. 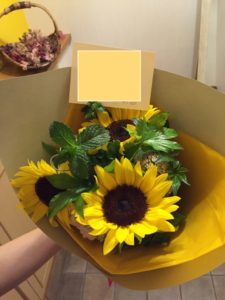 In that company, it was common to throw a farewell party like this when your team member or colleague leaves. In other words, they think that’s the best way to encourage someone and get the emotional closure.

Overall, it took nearly 5 weeks for the negotiation of resigning with the company.

In the morning of my last day, I got a text message from my mother.

‘All the things you experienced at this company, including achievements, challenges, learnings, adversities, are something meaningful. Say a big thankyou to your bosses and colleagues today. It will also help you shift your emotional gears to the new challenge.’

My last day at the workplace ended with dinner with my team members. When I was in a last train back home after the dinner, I was musing about my work life there.

Anyway, ‘Finland’ was just around the corner.

If I can be transported back in time, I would probably tell myself of that time one thing.

‘No worries, the next chapter of your life in Finland will be awesome too!’